Home » » The Best Piece of Advice I Can Give

The Best Piece of Advice I Can Give

Note: Yes, there is some really good advice in here, but you'll have to either suffer my ramblings for a few paragraphs or scroll down for a bit.

I think that teachers unanimously agree that the two most popular questions are:

"What did I miss when I wasn't in class?"

Happily tools like Blackboard, Moodle and SchoolTool are have been developed to help make the learning process more personalized and portable for students. In the K12 realm, it even helps give parents some traction for their student's success.

But when I taught Computer Science, there was a much more annoying question. Something that plagued me - not because it was so annoyingly popular - but because it provided insight into the product of our educational system.

A question that, because it was asked with such frequency over so many years, leads me to conclude that it wasn't a specialized question that surfaced because of a particular language my students were learning, or a difficult topic that we were covering.

"What would happen if I do this?"

When I first started hearing that question, I thought it was reasonable. After all, I was a Geometry teacher, and it's often a good idea to let students ponder and discuss the "what if's" in the world. Especially in Geometry, where it's hard to visualize different scenarios (happily, products like Geometer's Sketchpad, Geoboard, and GeoGebra have helped tremendously with visualization).

But in a science class, "What would happen if I do this?" isn't a legitimate question. My response evolved into, "I don't know. Try it and find out". 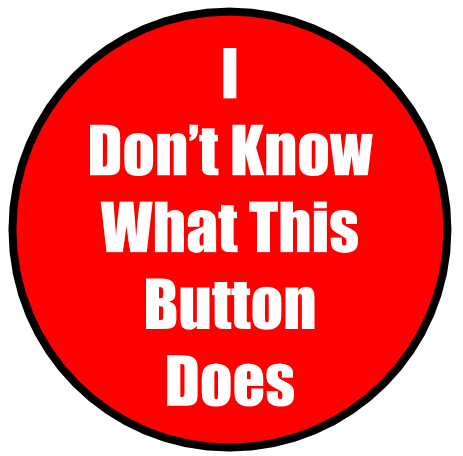 Maybe it's because in Chemistry labs, it's not a good idea to let students pour all sorts of chemicals together. The experiment part of Chemistry should be controlled to some extent. Even in Physics, there's probably a cause for restraint.

Maybe it's because no one thinks Computer Science is a science. And (worse yet!), maybe we don't treat it as a science. Maybe it's more like a foreign language class, where students learn how to translate thoughts into another language.

Or maybe it's because schools don't let students play much. Maybe kids don't get to be kids these days. Maybe schools are so concerned with tests and evaluations, that it's often quicker to give kids the answer than it is to let them figure it out on their own.

There is no better representation of logic, planning, implementation, evaluation, and refining than Computer Science.

As long as students hit Ctrl + S every few minutes to save their work, there is no harm in trying things. The most sincere way of learning how to program (or do anything on a computer) is to try things and see what happens. That's how lessons are learned. That's how those networks between dendrites are formed. By probing. By extending. By telescoping. By seeing what works, and what doesn't.

Most of what I've learned on a computer falls into three categories:

I would even venture to say that the mentality of clicking on things and pressing buttons is a good metaphor for life. Believe it or not, I have friends that can't use a screwdriver (not a powered one - I'm talking about the traditional hand tool). But they lack the confidence to try it out. They are afraid to try. Even when there is nothing to lose.

I guess my philosophy is, "What could go wrong?". Google isn't afraid to try new endeavors. They know that some of their ideas will fail. But at least they try. And they learn from their mistakes. Book publishers only make money on twenty percent of the books they publish. I don't think there is anything wrong with trying, and then failing. Maybe Computer Science gives students an opportunity to fail with no negative consequence. Heck, even raising your hand in class to volunteer an answer is risky - but sitting in front of your own computer with no one watching is as safe as it gets.

So, on to my piece of advice. I like to start and end every training (no matter what) with this:


"If you don't know what a button does, press it. You can't really do any harm. And if you press a button and break the computer, well, at least in this computer lab it isn't even your problem".

I find that sometimes people I'm training just need that reassurance. Maybe it's because in the days of Windows 3.1 and Apple IIe's, it was easy to screw things up. But not so much today.

The moral of the story? Every student should take Computer Science, and no one should be afraid to press buttons on a computer. There's very little that could go wrong.