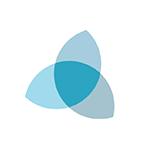 In the spirit of adapting technology to the classroom, today I'd like to showcase a new product that I have been playing with the past few days. Initially, it seems that Stormboard has it's greatest strengths in industry and business, after playing with it for a bit, I think it has a lot of merit in the educational realm, too.

Stormboard is tough to describe in one word. It's a sticky-whiteboard-collaborative solution for brainstorming - which makes it great for distance collaboration in a synchronous or asynchronous environment. The name "Stormboard" is an amalgamation of "brainstorming" and "whiteboard". You can see why it would be great for businesses. It's a completely interactive canvas for team members to post ideas, rearrange the ideas, comment on the ideas, and vote (the voting mechanism is actually really neat - more on that later). Here's a screenshot of what the canvas looks like (zoomed out so you get a sense of the scope):

The guiding philosophy of Stormboard is "one minute to learn, five minutes to master". If something is so complex that it takes more than a minute or two to learn, then you won't see it in Stormboard. While this may sound like a loss of features, it turns out that I really like the spartan interface. Everything you need to be productive - and none of the distractions like cute font decorations - is strategically embedded exactly where you need it.

The only thing you can create in Stormboard is a "Sticky". It's that simple. Like putting Post-It notes on a whiteboard where you've drawn a grid (or matrix, or timeline, or whatever template you use). That's it. Of course, you can put a Sticky that contains text, an image, a video, a free-hand sketch, a document (think Word or PDF), and even a "Stack". A Stack is just a better way to organize real-life stickies that overlap each other and are related.

There are few other nifty things you can do with the Stickies (like change the color, make them a "Title Sticky" or lock them), but in general you just create Stickies and organize them however you like (by dragging and dropping - you can even drag a Sticky into a Stack to add it to that stack).

You should really try it for yourself to see how easy it is. Sign up at Stormboard today.

Before I talk about how I might leverage this in the classroom, I'd like to outline reasons why I think Stormboard is the best-in-show for brainstorming software.

I've outlined a few examples of how I might use Stormboard in my classroom. At the bottom of this post, look for information to access my Storm (Stormboard lingo for where all the action happens!). You'll need to setup an account - but it's free. In the screenshot below, I created four different Stacks of Stickies. Each one has a different flavor of how it could be used.

In the book What Would Google Do? by Jeff Jarvis, we are regaled of a tale when Mark Zuckerberg was trying to cram for an exam in an Art History class at Harvard. With only a few precious hours left, he downloaded all the art he knew would be on the exam. He made a webpage that displayed each piece of art, and a box underneath it that could be typed in. He then emailed his classmates and told them he made a study guide - they should write down all the relevant information in each box. Pretty soon, students were correcting other students and the information became more accurate. Needless to say, Zuckerberg aced the exam. The funny thing is that the class performed - on average - better than on most other assignments. Crowd-sourcing rules!

So for this example, I wanted to tap into the crowd-sourcing mentality in a classroom. I created a Stack called "One Flew Over the Cuckoo's Nest", and in it I have a few more Stacks (yes, you can nest Stacks infinitely):

Project Management
In this scenario, you could manage a student's (or group of students) project. You could create a Storm for the entire class (in which case each student or team could see all the Stickies in the Storm) or a Storm for each team. Whatever the case, you could elect to set up the hierarchy with Stickies and Stacks, or leave that as a collateral learning opportunity for the students. At the end of the day, you have access to see the entire planning process during the project (did I mention that you can run reports, too, and see who is contributing what?).

For this example, I chose to use a popular assignment from most beginning computer science courses - programming an ATM.

Although the above example pertains to programmers (I would assign each function to a different student, although I would probably design the architecture above with the class as it's projected on a screen so the flow of program design is demonstrated), I hope you could see how with a combination of Stacks and Stickies, it would be very easy to organize an entire class project.

Graphical (and Justified) Voting
Although there is an on-board voting system, I like the potential to use Stormboard as a graphical (and also qualitative) voting system. Before I describe this, it is worthwhile to mention the resident voting system. Every person is allotted a finite number of votes per storm (the default is ten). In situations where voting is required, participants can allocate these votes how they see fit - they can distribute them across a few different ideas they like, they can not vote at all, or they can devote all of their votes to one or two particular Stickies. In this example, students can vote on the ambiguity of characters in popular television shows (note that the "2" in the little box in the top row Jack Bauer Sticky indicates that he received two votes):

But for a more interesting voting mechanism, the teacher can organize a different Stack for each character, and let students place as many Stickies as they want in the appropriate area. Any Sticky they place should justify their position. Once all the notes are placed, the class can review it together and have some dialogue:


Braindumping
Working for the Educational Technology Services division at Monroe Community College has afforded me a perspective of services that I hadn't really considered as a teacher. Every year, we gather at tables in a big room and host a "braindump". In this exercise, we are given a few problems that need to be solved, and each table is responsible for generating lots of ideas to tackle each problem. We write these ideas on sticky notes, and then try to group them within common themes. Each table merges their responses with an adjacent table, and then categorizes those as well. This goes on until all the stickies are grouped together. Clearly, there is a lot of waste (stickies, poster paper, and time). The solution? Create a Storm. Participants can record their ideas in real-time (did I mention how fast the synchronizing happens? It is virtually lagless, if that's word), and they can be organized quickly. This is also beneficial because participants not at the braindump can still contribute (either synchronously or asynchronously). Plus, all the work can be saved (via Stacks of similar topics). Additionally, people could vote on items (which lends a more authentic view to how serious a problem or how good a solution is).

Consider a braindump for a mathematics department at a school:


Hosting Content
Because it is possible to create a Sticky that houses a document, conceivably Stormboard could be the first graphical content management system (at least that I'm aware of). While there are still some kinks to work out (currently documents cannot be embedded - only uploaded or downloaded - although I suspect enhanced functionality would come later), the notion of being able to visually structure the content is pretty appealing. I'm not proposing that Stormboard could replace Moodle or Blackboard - they are two completely different products. But I do think that if educators just need a lightweight, customizable framework for housing content (as well as using Stickies for brainstorming, commenting, videos, etc.), then Stormboard is an elegant solution.


Feedback
When giving students the rights to fully manipulate Stickies, you are also giving them a voice. I think it would be an interesting experiment to get feedback (on a lesson, on an assignment, on a test) using Stormboard. One of the trending topics (check out my blog on the Horizon Report) is analytics. The ability to gain insight on the efficacy of what we, as educators, are doing is huge. It could help us shape our lessons better. We could identify weaknesses in our assessments and pinpoint places where students struggle.

While that conversation is for another day, let's examine how Stormboard could act as a sounding board for our students.

I could host a Storm that hast Stacks for each assignment or lesson I want feedback on. Students can place their Stickies accordingly, and someone might even be appointed to curate them into common themes. Not only is this a benefit to me, as the instructor, but it also instills a sense of ownership to the students. To say nothing of the fact that if thoughts were collected over the course of a day or two, there is even a lesson in categorizing the comments. Heck, this whole exercise might even be a good springboard for a civilized, responsible conversation on the temperature of the class.


Well, if you've made it this far, I suspect you are excited to use Stormboard. To see the Storm I curated as I was crafting this blog, head over to Stormboard and create an account. Once that is done, you can join my board by using the following credentials in the "Join a Storm" box on your dashboard:

Good news if you're an educator! You can get a free account by going here.

All in all, I'm very pleased with the product. I think that it has a lot of potential in the educational realm. There is only one feature that I wish Stormboard had - the ability to share a Storm so that you don't need to login to view it. As a classroom teacher, I would love to be able to create a board and make it openly available so that my students could see it without logging in (and better yet, their parents could see it). I don't think not having one is a deal-breaker  - I just think it would be a useful feature.

Go check out Stormboard. Experiment with their templates. Get a feel for how the product works. Check out all the cool things (like reports, activity, PDF exports and all sorts of cool things I didn't even mention) that you can do with it.

If you have suggestions on how you might use Stormboard in your classroom, leave them below.

It's noteworthy to mention that as I write this, a legitimate storm is a-brewin' in Rochester, New York. Most schools are closed as we anticipate up to two feet of lake effect snow. This means that I won't be going to work today - I'll be playing with Stormboard!