A preemptive apology - this post will not be Earth-shattering. It won't be terribly exciting. And it might not even seem like it is relevant to anything you are doing in the classroom.

The beauty in fringe educational technology is the subtlety with which it exists in everything you do as an educator. I've said it before - technology isn't really technology until it is used, and that sentiment translates to all realms of technology. A Smartboard is just a tool. A teacher who doesn't know how to use it properly only hinders the flow of the class, whereas a talented educator is an artist with the Smartboard, painting a beautiful lesson with only the tools that add to the fluidity of the lesson.

The sentiment that the technology is a persistent lens through which the educator looks - a unifying theme that quietly runs through every minutiae of the class - is the most important realization in the implementation of technology in the classroom. It is the responsible use of handcrafted, tailored technology that yields a handcrafted, custom, almost artisan experience for the learners.

It is with this thought that I introduce a philosophy I call mobile mentality. It's important. It's really important. And unfortunately, it is very underrated.

Mobile mentality is a guiding principle for how you, as an educator, craft your materials (both online resources as well as documents to distribute in class). More and more students are consuming information on mobile platforms (phones and tablets), although there hasn't really been an effort for educators to bear this in mind as the resources are created.

There are a few simple guidelines I recommend for designing materials, whether it is for online consumption or as a hard copy to be distributed (the latter is very important, as resources you design now may be put online later, or even translated to eBooks as they become more popular - it's better to future-proof them now as opposed to retrofitting them later).

Simple things to keep in mind: 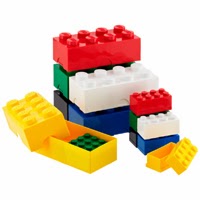 By the way, to view any website on your desktop as if it were being viewed on a mobile device, install the Glimpse extension for Google Chrome. It's a reliable indicator of how a site you are on would render on a mobile device.